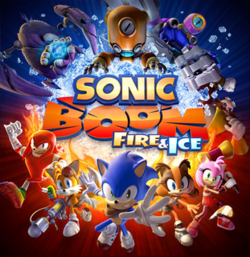 With the September release of Sonic Boom: Fire & Ice drawing near, I believe it’s time for fans of the Blue Blur to take a step back and acknowledge what the whole “Sonic Boom” thing has been since its debut in 2014: Nothing more than a modern cartoon series (the fifth Sonic show to date, in fact) that happens to have licensed video games this time around.

In fact, the cartoon never takes itself seriously or delves deep into story or detailed personalities; it’s nothing more than an easygoing, episodic romp that only exists to provide people some laughs and antics with Sonic and the gang. While there are episodes that have their villains and action sequences, the show often consists of premises such as Sonic having to return a library book, Dr. Eggman staying over as a roommate, and Amy running a restaurant.

So if you’re a Sonic fan, are legitimately taking this seriously, and are angered by the existence of Sonic Boom, then I fail to sympathize with you. Especially since it in no way intends to replace the actual video game version of the hedgehog. I understand that the fans are fickler than most other franchise fanbases, but they should at least not be this ridiculously petty.

And where did the hatred come from, anyway? 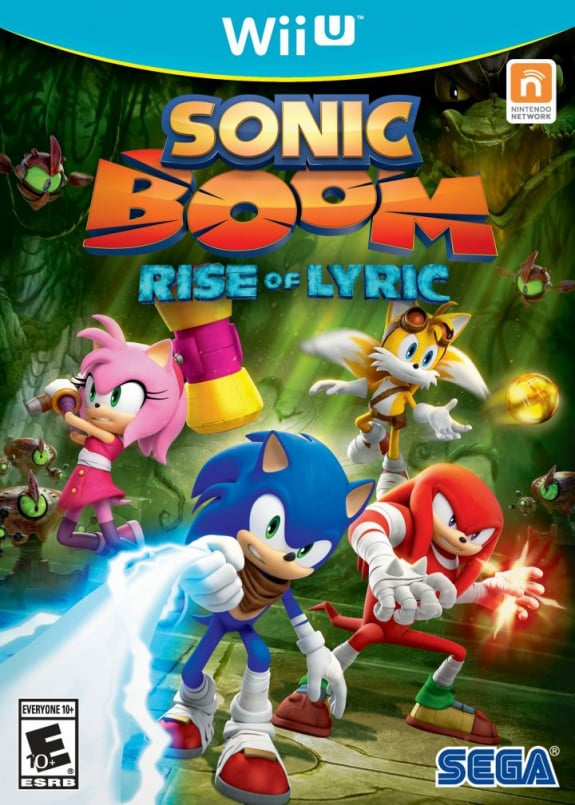 This game deserves all the hate it gets. This broken, unpolished, unbearable, uninspired, unfinished abomination is easily the worst original game (Ports like Sonic Genesis on GBA and Sonic Jam on the Game.com are worse) to star Sonic the Hedgehog. But this game should not represent Sonic Boom. The game itself has very little to do with the cartoon, let alone the Sonic series itself.

What the crap is a Lyric? He isn’t in the show at all, and I sure hope he never does. Where’s Orbot and Cubot? What are those strange robots and monsters that never appear in the show? Why are there dark overtones in the atmosphere (going as far as to have laboratories with talking machinery) when the show only ever took place on an island? Even the writing, which is supposed to be comedic, is nothing but disjointed and full of obnoxious one-liners, failing to capture the show’s own writing.

With that out of the way, the merchandising for Sonic Boom is fairly standard. There’s a toy line for the kiddies and collectors, a comic book lineup from Archie that was tragically short-lived, and, of course, video games in this show’s case. My point with Rise of Lyric is that there simply shouldn’t have been any hype set for the game (contrary to how it was presented prior to release), as in the end it was just another addition to the amount of TV/movie-licensed games that majorly suck. And if a game in the Sonic Boom brand can be good, then so be it…

…Which leaves the situation to the upcoming Fire & Ice.

Sanzaru Games (who you may know for Sly Cooper: Thieves in Time and Ninja Reflex) handled the previous game on the Nintendo 3DS, Sonic Boom: Shattered Crystal. It was… rather mediocre. However, the good thing about the 3DS game is that it has potential, and Sanzaru is actually intending to utilize the feedback the title received for Fire & Ice‘s sake, a rarity for licensed game development.

So who knows? Maybe Sonic Boom: Fire & Ice will actually be a decent title in spite of the reputation licensed games typical receive from critics and gamers alike. Regardless of how it comes out though, try to not judge the main course of Sonic Boom (the cartoon show) based on the game and its reception.