Alright trainers, it’s time to put down your pokedex and listen up because the developer of Pokémon GO, Niantic has announced a few new features coming into the insanely popular geo-caching phenomenon.

According to CEO John Hanke’s interview with Business Insider, Niantic will be adding a few more gameplay additions in the near future to add depth to the game as well as the much anticipated fan requested feature, the ability to trade Pokémon with other players.

Hanke also mentioned that they would be adding several other features to the game over time like enhanced augmented reality to make catching wild Pokémon more immersive, more ways to interact with Pokestops, and even a sort of leaderboard to see other players and compete to be the very best. Not just that, but Hanke also suggests that support for augmented reality devices such as Google Glass or Microsoft HoloLens could be coming, making the longtime dream of Pokémon in real life a reality.

What features would you like to see be added to Pokémon Go? What team are you representing? Let us know in the comments section below. 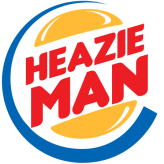