Sigh…, I don’t like it when I have to do this. Well, you know, except for when I cover games that feel like they’re solely made as a means to steal some bucks from various wallets, but I didn’t think of Star Sky 2 was one of those when I was ready to check it out. I’ve never played the first Star Sky, but after playing this sequel, it makes me wonder just what there was in the first place. What was there to continue that the first game left for questioning?

I can at least say the graphics are pretty. The nighttime scenario is very nicely represented here and it is as visually pleasing as any promising indie game. Unfortunately, I can’t say the same thing for the rest of the game. In fact, considering all that I’ve found myself in awe with in many other indie titles, it does make the graphics feel rather underwhelming in this regard. It looks cool, yet loads of other games captured something as pleasing and had a game around it to boot.

What bothers me a lot when it comes to this game is that I feel like it’s making itself out to seem like it’s telling some sort of subtle narrative, yet in actuality it has nothing to tell at all; a real slap in the face for gamers that wish to witness a story being told. All you’d end up seeing is a character onscreen go about a nightly stroll whose duration can be even shorter than that of an inexperienced gamer playing an 80’s arcade cabinet. There are events that could occur, like picking up an apple and having it disappear when the moon shines on it (…what?) and visiting caves that could feature different backgrounds. But what else is there? Well, I guess there’s the “gameplay”.

As the male or female onscreen, the player holds down the B button to walk (or the A button to run). When there is suspenseful ambiance to be heard, the player must not move at all and wait a bit to see if an event can unfold. The highlight of the entire game is seeing if anything special happens. It’s so very basic, it’s so very bland, and it’s so very boring. At the end of the trip, the player can see an overworld map that indicates what all of the events are, but none of them can be achieved on a single playthrough. This is the only sort of replayability the game tries to thrive on, but what’s the point of going back when the events I’ve already seen happen are so bare? “Whoa, the sign is now telling me to go this way.” “Whoa, I just picked up a torch.” “Whoa, it’s a house – Oh wait, that’s the end of my journey. Um.., alright.” 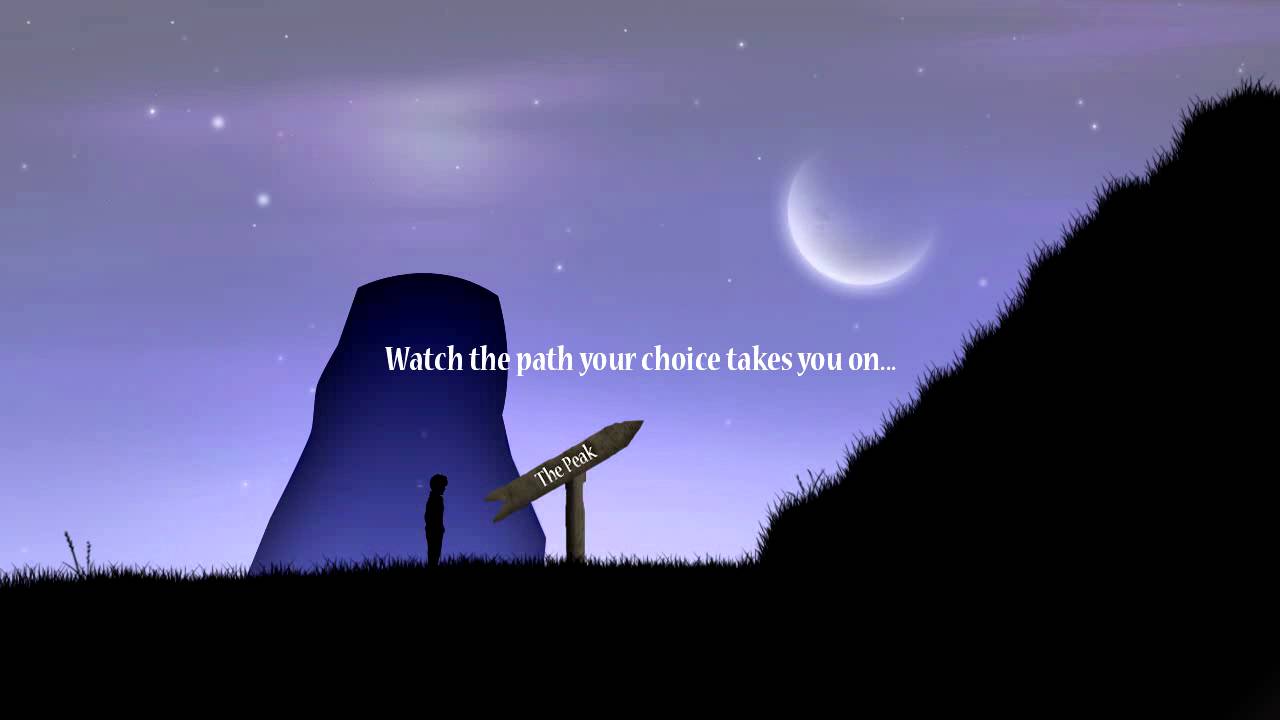 There’s practically no game here! Just a half-baked concept that could potentially make for a narrative, but there simply isn’t one to be had. It’s just a walking simulator in the barest form with the barest sense of control imaginable with a duration of nothing but literal minutes; something I’m sure any self-respecting gamer would not really wish to pay money for.