Earlier this month, an inexpensive little eShop game surfaced with a craving for some simplistic oldschool action. That game would be Sssnakes, of course. As you may probably tell from the game’s title, it is a take on the classic arcade-style phone game, Snake, where the player navigates a snake around an area to eat pellets and grow as a reaction, effectively adding challenge to the navigation. 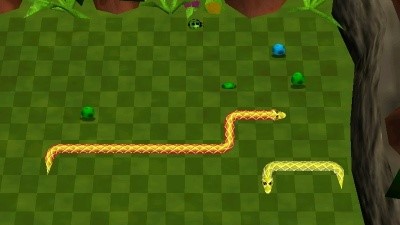 Sssnakes is a lot like that. It has the core mechanics right in the game, only the main objective is to eat up all the pellets in each level, Pac-Man style. As such, the levels are laid out in an almost maze-like fashion. Often times the levels will bring out gimmicks like bugs or other snakes to interfere with your roaming, but they aren’t too much of a pushover since your snake can shoot laser beams (or possibly venom, but I like to think they are laser beams)!

This can make the player take much different approaches to beating a level than that of playing regular Snake; laser beams can be used to destroy pellets, shrink snakes’ tails (or if you aim at the head, kill completely), kill bugs, and even chop down your snake’s own tail if it’s that long enough for the beam to collide against! As I played through the game, I found myself doing mostly tail shrinkage for myself and shooting pellets from a distance so I don’t have to go right up to them to eat them. Upon playing through, one may realize why that is to be for me: This game will test you. 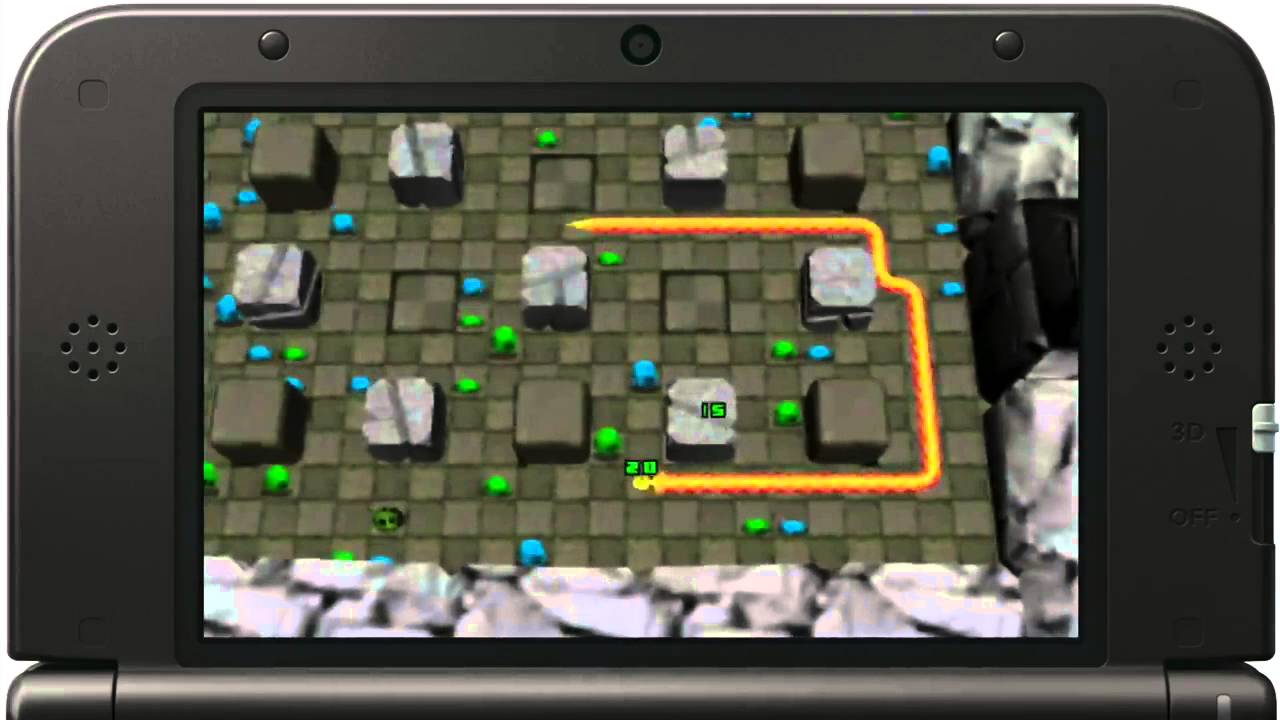 It isn’t a very hard game or anything like that, but it wishes that you keep on your toes at times. This is because like actual Snake, you can only take one hit in order to die, and you only have three lives. It may not sound bad at all if the game’s autosave feature occurred for every level instead of every five levels. Not only that, but it sometimes feels like the control isn’t tight enough; I could’ve sworn there were a few times where I wanted to immediately change direction only for the snake to either not respond quickly enough or not respond at all, making me crash into a wall.

And while I like most of the levels, there are certain ones that can drive me nuts on account of gimmicks they carry. For example, a few of the sand levels have blue spike walls popping out from the ground when I get close to them; why can’t they pop up sooner so I could actually see it coming quick enough? The last level is easily the biggest irritation on account of being a maze where the only method of travel is through automated paths that you have to guess where they take you so you can find the right ones to reach the exit, with a few of the wrong ones even sending the player straight to death. Why do that? I’d much rather have something that doesn’t require trial-and-error. 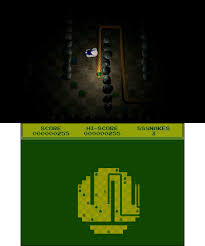 Graphically, it’s…okay. Nothing special, but nothing that consists of eye sores upon eye sores. Props to the bottom screen for the retro feel, though.

Sssnakes tries going for an 8-Bit feel in this regard, which works I suppose, but it could probably use more variety and not as much repetition. 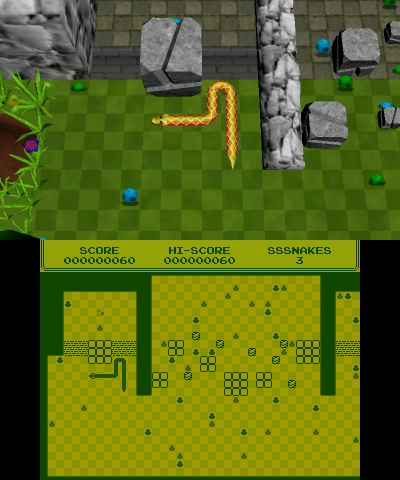 The game is most likely more enjoyable after the first time playing through, once you figure out how things work better, and what the best course of action is to take for the level layouts. That isn’t to say it was bad during the first run, however. It has its annoying quirks in some areas, but Sssnakes is still a pretty enjoyable take on an old game formula.