I’m glad Nintendo is lenient on the idea of indie games taking up space on the eShop, making ways for amateur developers to show their stuff and reign supreme on the console…..or at least that’s how I pictured the concept before witnessing Nintendo Life review miserable games like 153 Hand Video Poker, Invanoid, Steel Rivals, and Emojikara. These are the kind of games that make you wonder, “Why do they even bother release something on the eShop?” I want to say Hot Rod Racer is no exception, but the more I kept thinking about it as I was playing, the more I felt it does indeed fall into that category. 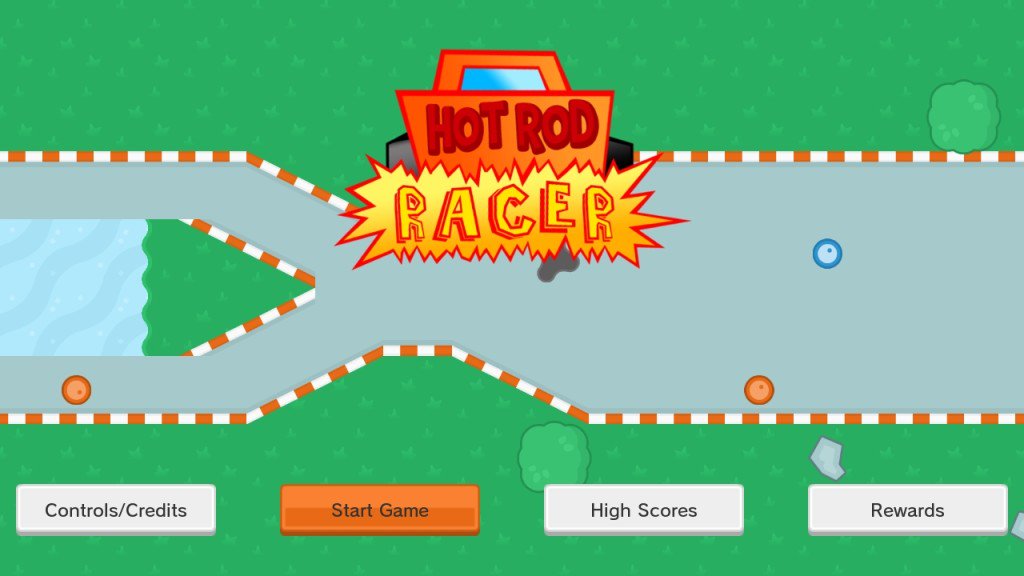 Let’s get this out of the way, first: These graphics are awful. I almost thought this was a student project made in The Games Factory 2 that happened to be exported in a file the Wii U could register! I was still somewhat able to shrug off the disgust as I was playing the game, but then one of the backgrounds that are as randomly generated as the environment terrain becomes complete blackness.

The one thing I can say is tolerable, the music is surprisingly made of relaxing chiptunes.

Much like Chroma Blast before it, Hot Rod Racer begs to rely on the idea that players will be competing against each other by sharing their scores on Miiverse. The difference is that Chroma Blast is slow, but has an interesting color mechanic to it, while Hot Rod Racer is more appropriately paced, yet is nothing more than an endless road that happens to have stuff to shoot at. The aim of the game is to keep on trucking while dodging things and shooting at stuff that can be destroyed. You keep doing that until you hit anything with your car, losing as a result. That’s it. Three bucks, please. 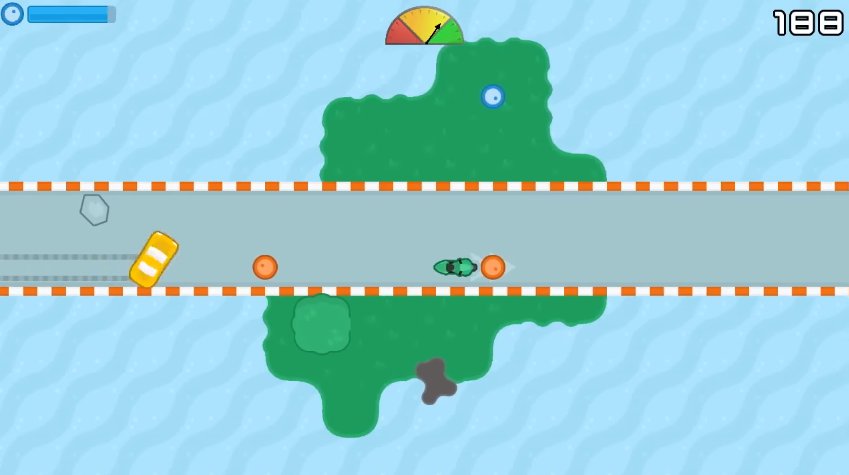 To be fair for just a brief moment, I can see some people possibly garnering some sort of addictive vibe from trying to up his or her own score (or anybody’s on Miiverse) each play session. Yet, I am increasingly becoming annoyed with having to look over games that try to use that as the only incentive to keep playing. Thing is: That’s a false incentive. We don’t live in the Atari Age anymore, as this is 2016. Since the late 1980’s, people have become much more accustomed to games that are structured around beating levels until all of them are beaten and the credits roll or the game redirects to the title screen. Titles that follow the obsolete formula, since then, have conveniently found a new purpose as free mobile apps or internet games.

And do you know why? Because they are small, simplistic, and can have one’s attention for a little span of time before he or she moves on to something else. It’s a harsh look at things, but Hot Rod Racer is no different from titles like Flappy Bird and whatever stuff is found on sites like Newgrounds or Miniclip. And with this game looking like a first attempt at a Games Factory 2 student project, that statement may have been a generous one.