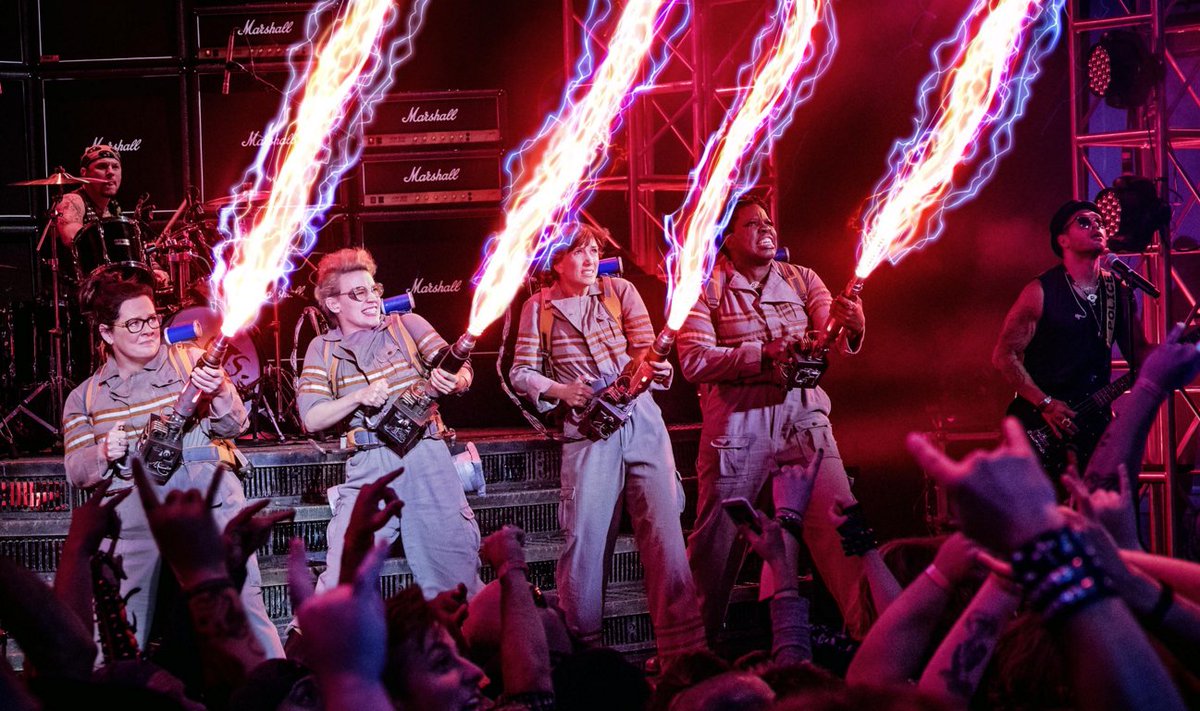 I’m no woman-hater, mind you. I’m a feminist, myself; in this case, I encourage more female roles to be expanded upon and be turned into the massively fleshed-out positions that males have always been relaxing behind. The big problem for me is that they decided to use a classic series like Ghostbusters as a launchpad for a filmmaker’s inaccurate take on feminism. Remember how disliked the trailers were on YouTube? For those that don’t know, the executives tried pinning the blame on male audiences and calling them “misogynists”. You know, instead of accepting that the trailers simply looked like a poor man’s Saturday Night Live sketch.

And yet, some took the bait.

It was actually to the point where even James Rolfe (aka he who plays the Angry Video Game Nerd), who many upon many claim to be an extremely nice and analytical person, was mindlessly lambasted for a video he recorded on why he won’t see the new Ghostbusters. You’d think it may be because he slipped out something about his hidden hatred for humans with different genitalia, but as it turns out, none of his complaints were about the women onscreen.

Besides, if the filmmakers intended to be “progressive” with this movie, then why is it called “Ghostbusters“? Why does every single thing from the past have to be rebooted in some shape or form, no matter how soulless the result is? It can’t be called “progressive” if it’s too lazy to even go by a label independent from any film that came before it! Furthermore, while the movie loves to go by feminism, it sure as heck doesn’t seem to care much for going against racism; as stated before, they still felt the need to give the stereotypical “comic relief” role to the black person.

Yet, both of those things are casually played with for laughs anyway, so what exactly is the message the movie is meant to convey?

All I know is, if other studios, productions, and their respective receptions (in any medium, not just movies) are anything to go by, it’s that this false mentality of progression executives are currently thriving on would continue only if this new movie is successful. Should Ghostbusters succeed, another classic movie will have its name piggybacked on by an inferior film that exists solely to have female protagonists in it. If that’s the case, be sure to look out for that Back to the Future reboot with a female Doc Brown and Maria McFly some people are probably fearing would come true.

However, if the movie doesn’t make up for its $144 million budget (and $100 million on top of that for its merchandising), then perhaps the mentality may possibly cease to exist as well. At the time of this writing, the movie made only $65.1 million back. It might possibly be too early to tell, but that’s a lot of money they have to make to break even.

Microsoft Can Use Your DNA as Digital Storage