What We know about Death of X

Home » What We know about Death of X

Ever since the debut of All-New X-Men & Extraordinary X-Men in November of last year there has been many references to Scott Summer’s infamous death and the conflict he caused between Mutants and Inhumans. Although there have been so many references to this event, it has never been fully detailed. All of that is about to change with Death of X.

What we know about Death of X 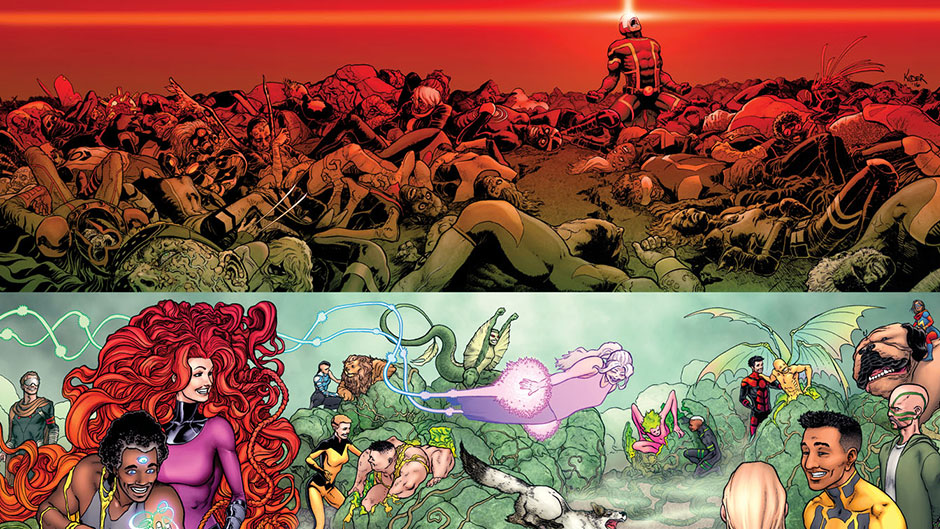 Death of X was announced earlier on in the year along with a release date for October 5th, 2016. The story will be written by Jeff Lemire and Charles Soule accompanied with art drawn by Aaron Kuder. It will be a four part event that will detail what exactly happened between X-Men and the Inhumans. This gigantic event will directly lead into Inhumans vs X-Men. With that out of the way let’s look at the description of Death of X issue 1 and 2 that can be found on Comixology.

What happened eight months ago that set the Inhumans and X-Men on a collision course? Find out here! The Inhumans travel to Japan where one of the Terrigen Clouds creates a shocking new Inhuman. The X-Men travel to Muir Island where the second Terrigen Cloud causes something truly terrible. When these two events collide, a war of catastrophic proportions explodes!

After the events on Muir Island, Cyclops and Emma Frost put their plans into motion. Storm and Medusa come together to find a solution for the deadly effects the Terrigen has on mutants. One of the clouds heads to Madrid, the site of the first skirmish between mutants and Inhumans.

Based on these descriptions and what we learned from the comics let’s look at what we know.

Are you excited for Death of X ? Let us know in the comment section below.

Super Mario Adventures is being re-printed!

Review: Fragments of Him (Xbox One)