Holy crap, it happened – A development team made the first exciting puzzle game in years! To think that was when I least expected anything to be remarkably different; as I spotted how the game was clarifying itself as a “Match-3” puzzle game, I immediately thought about the classic puzzler, Bejeweled, and the countless other smartphone knockoffs of it. You know what, though? Tumblestone is actually not one of those knockoffs!

Graphically, it does kinda look like other puzzle games. It isn’t to say that’s a bad thing, as many puzzlers tend to be dazzling. This game’s case is more laid back in comparison, but everything the players need to see is there, and the story mode stills are amusing and pleasant. 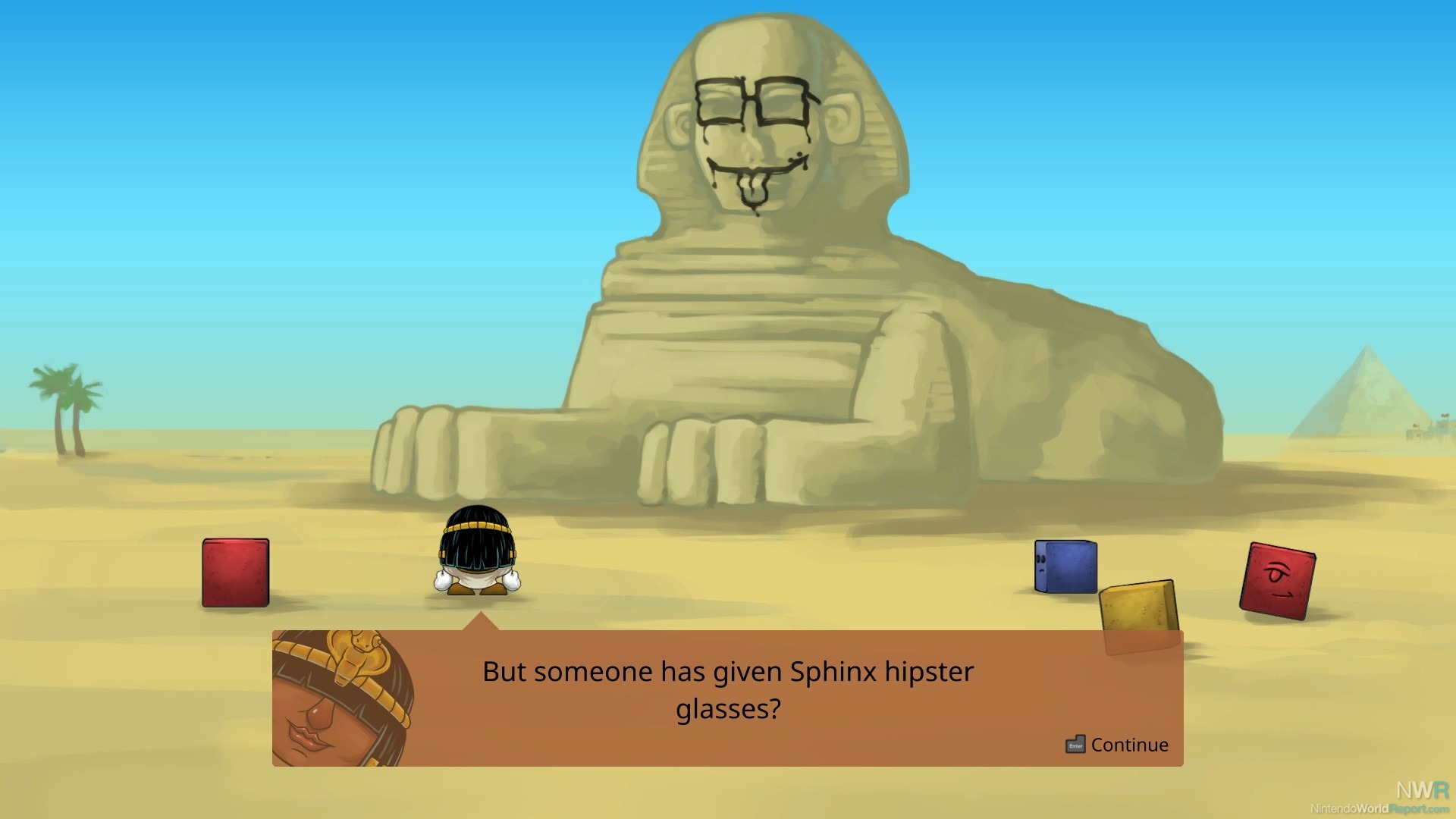 Similarly, the music kicks back to set the mood in the designated environments at display. The sound effects are somewhat minimal, but what’s there takes effect significantly, notably the sounds made when taking down blocks and resetting or clearing the level.

As with all games of the genre, this is where the meat of it all resides. Upon glancing at screenshots of the game, Tumblestone‘s gameplay may seem typical for such a title, but it actually is a rarity. Here’s how the game works: The player controls a character at the bottom of the interface, and he or she must shoot at blocks above to destroy them. The catch is that is that the player must be destroying three of the same color. If, for example, two of the same color are destroyed and are followed up by a third block of a different color, then the player suffers in ways depending on the game mode selected. 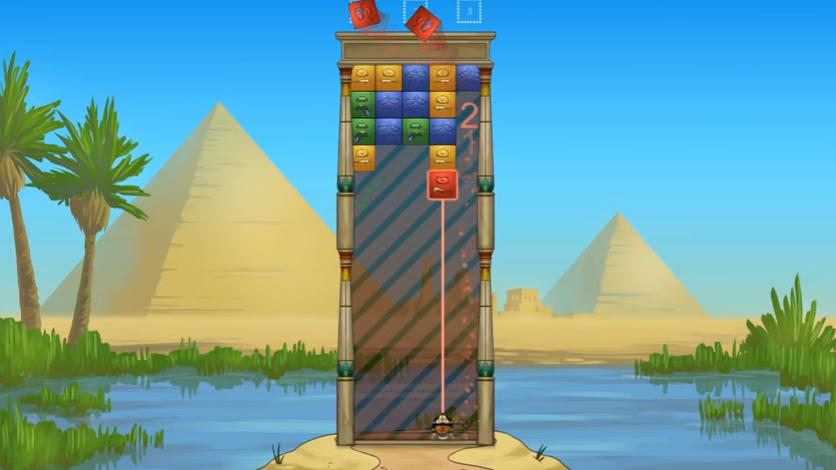 Now that I think about it, that’s also the beauty of this game: The amount of content there is to toy around with. There’s a very, very big story mode that has 12 worlds and 20-something levels in each one; it can basically be summed as a lengthy marathon of cleverly designed (with the challenge being evident early on, too) puzzles to solve. Heck, the mode even introduces new gimmicks that seamlessly flirt with the already-unique matching gameplay! There are also the more old-fashioned features like Arcade modes and multiplayer modes that thankfully consist of both local and online play. Any online puzzler is bound to have potential for an addictive competition, especially with the winning formula Tumblestone embraces. 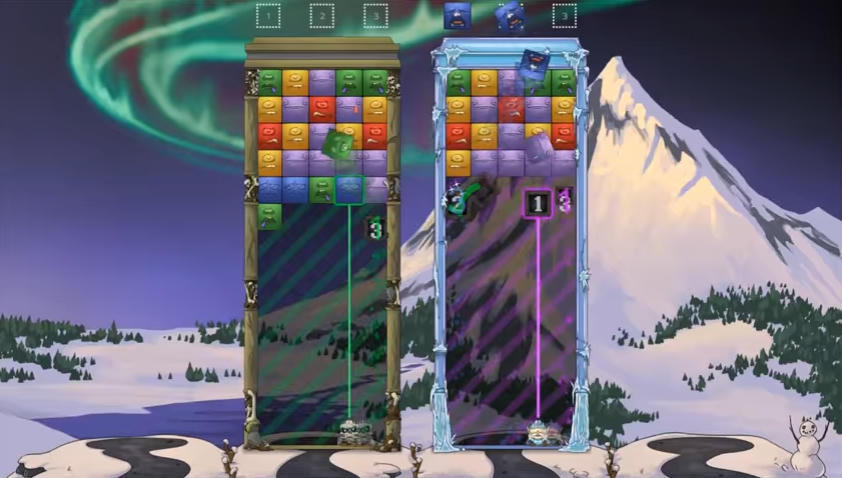 If there’s any nitpick I have about Tumblestone, it’s that my personal taste for puzzle games revolves around handhelds. Puzzle games are the perfect pocket companions, so I feel they are a lot better on the go than on a television console. If Tumblestone‘s background visuals can be a bit more alive and kinetic, and if the game were to be on, say, the Nintendo 3DS and/or Playstation Vita, then I would be more than happy to frolic with my handheld of choice and give the game an even higher score.