I was originally planning to open this review with “Another day, another shoddy Wii U eShop game.” Unfortunately what we have here is an exceptionally bad eShop game. Take into account that I mean that from all that I have reviewed on the console so far. You’d think I would get used to this sort of thing from the Wii U’s eShop  low standards but I get proven wrong with something that sets the bar lower. If the library for the Nintendo 3DS’ eShop  can normally consist of titles like Unholy Heights, Battle Cats POP, Ninja Smasher, Sssnakes, and even goddamn Dan McFox why can’t the Wii U get titles of equal quality?

Let’s get this talk about SpaceRoads over with… 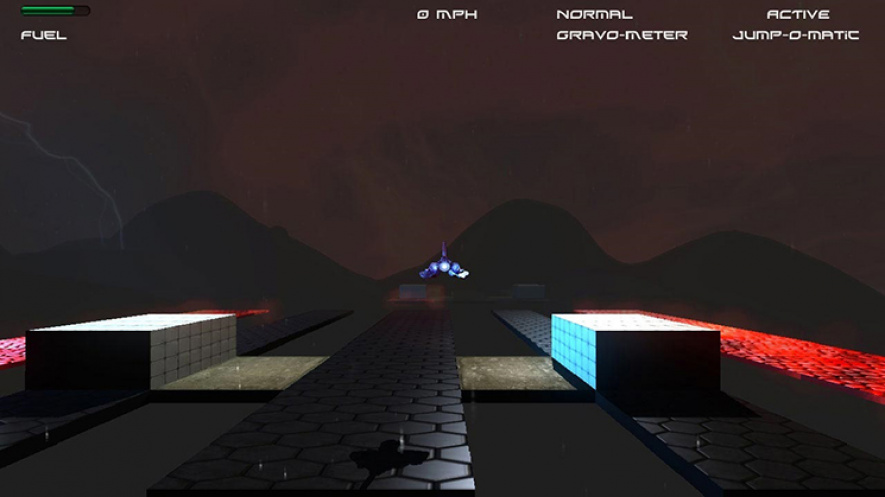 Oy vey. Why are the menus so bland? Why does the game tell you to look at the Gamepad to select menu options? Why couldn’t they be on the TV screen? That’s not even getting into the actual gameplay! Seeing how bare the levels are (each consisting of just a string of platforms and a background), I was expecting the framerate to only be 60 frames-per-second. Imagine my surprise when the game was busy struggling to accomplish a cohesive run at 30. I don’t know what game the reviewer for Nintendo Life was playing when he said the framerate was solid. SpaceRoads runs like a modern game trying to play on a Windows 98.

The performance alone is a big issue for a game that demands precision… or at least I think the game demands precision. I don’t know what else SpaceRoads could possibly ask of me but I know one thing for sure. What I ask, it ain’t delivering.

Whatever graphical filters found seemed to desperately mask the lack of visual punch. Instead it served to distract the gamer from playing through the level.

The music at least has the courtesy to be played at appropriate timings. It’s just a shame the music itself fails to fit the mood of space. That’s the least of its problems considering how simple and generic these loops are. The few sound effects are fairly standard but do the music loops need to repeat every time the ship explodes? These tunes are already repetitive. 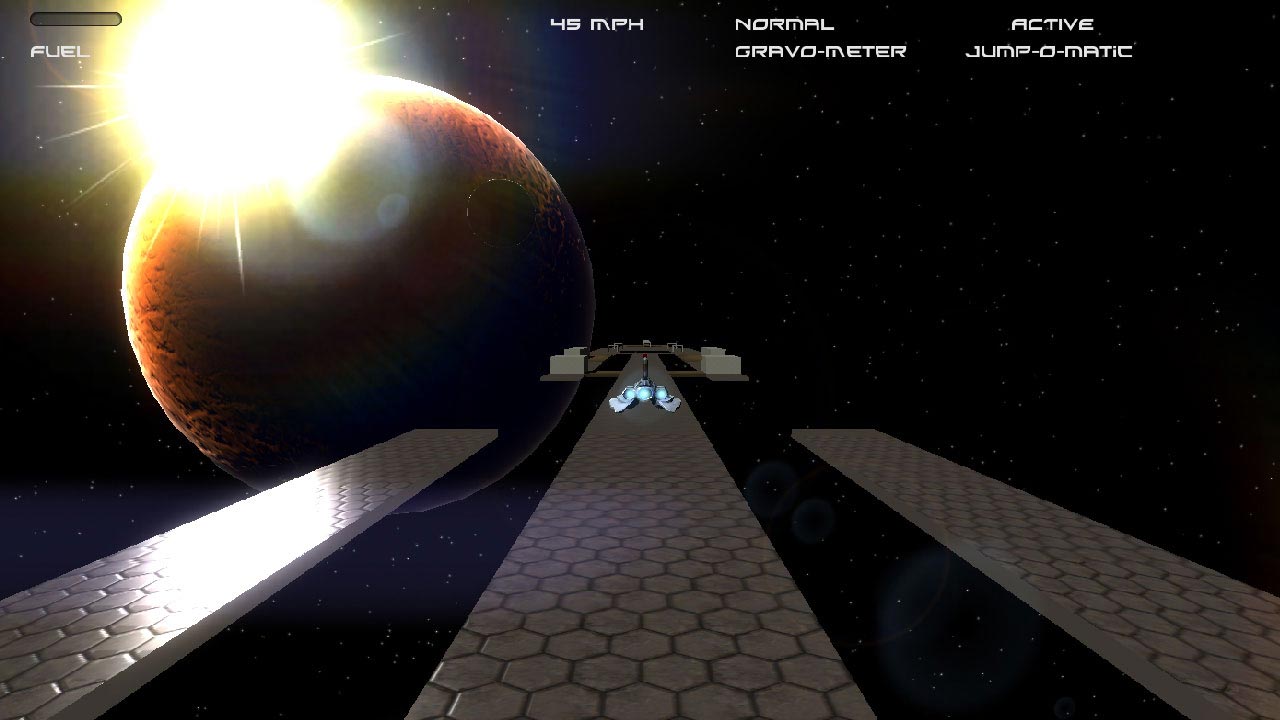 There are a lot of levels in the game. Too bad all of them are the same ho-hum string of platforms that the speeding spaceship must hop across. The game is focused entirely on altering the speed to land on the platforms properly whilst maintaining the ship’s momentum. Problem is this absolutely doesn’t work!

I haven’t heard of SkyRoads prior to now but if this spiritual successor is of any similarity to that game then I am going to stay as far away from that game as humanly possible.

Goodness Christ!! All of the levels are designed deliberately for players to be frustrated and replay over and over and over until by pure luck the level ends with little fanfare, then the next one appears. It’s frustrating enough when the gaps to jump over are hard to judge and difficult to analyze in the less-than-a-split-second. It gets worse when the game starts tossing walls in there. At that point I wanted to immediately put the Gamepad down.

What is there to gain from this anyway? A simple screen that says more levels are coming? I didn’t even have to play all the levels to see that. I immediately went to the final level and beat it (after probably a million tries in a row).

If I were the developers I wouldn’t waste my time trying to make the game longer. I’d spend as much time necessary to make a game the masses are more willing to tolerate. I’m sure it would receive a lot more praise on the Wii U eShop considering the ratio of games that crash and burn compared to the amount of games that are at least decent. As of now, SpaceRoads is that game that careens right into the former.