Have you ever casually booted up a game and proceeded to think to yourself “Wh..what? What is even going here?” as you delved into it? That was pretty much what happened when I played Lovely Planet Arcade. So, no, it wasn’t a very pleasant reaction. During the amount of time it took to assess what was happening in this game, I was trying to keep myself in an engaged and optimistic manner only to be swayed by instant deaths that were more than happy to trigger my anger.

This game seems like it was attempting to channel a “stylistic suck” route of environmental texturing. The positive side of this is that the game’s file size is not even 100 megabytes and the game runs mostly at a smooth 60 frames-per-second. Despite this, the game looks like crap. I could give it points if it had interesting looking worlds like its apparent predecessor, but these levels are flat, half-assed, and look like they were done in a few minutes to quickly reach a status quo. 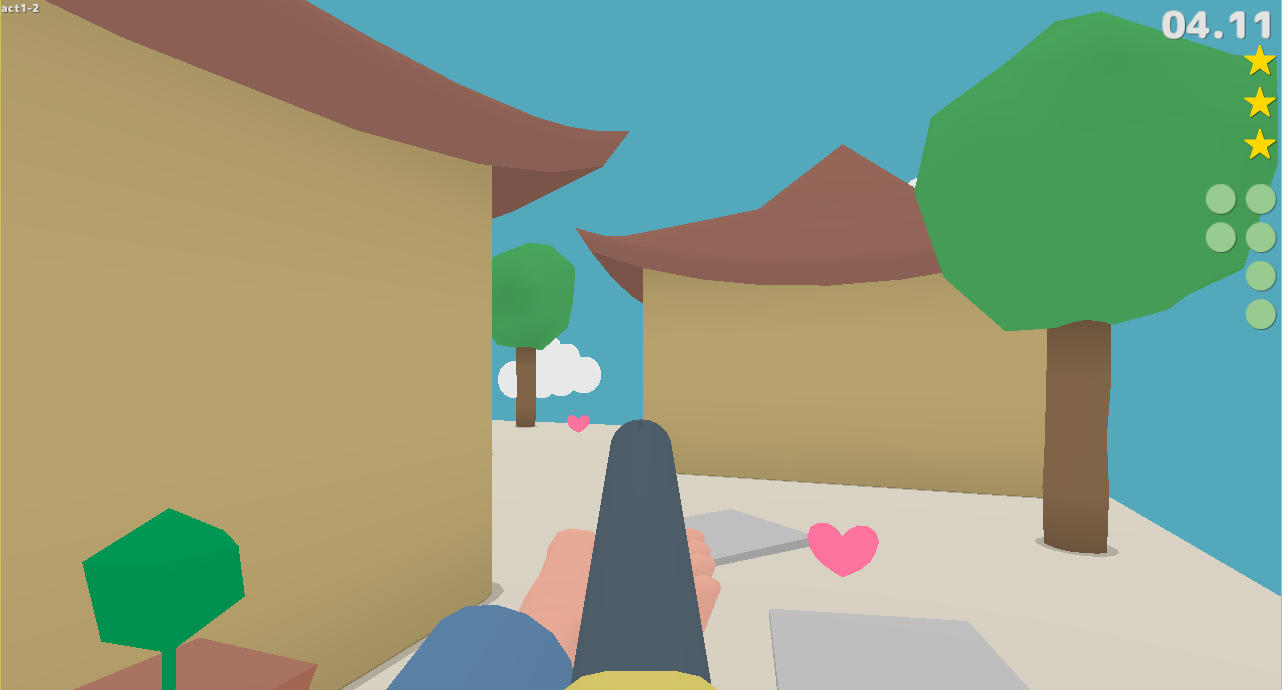 The music sounds like it’s trying to at least have a pleasant vibe to it, but the results beg to differ much of the time. I’m not completely sure of it, but the audio files sound like they are MIDIs, which are primitive and obsolete in comparison to MP3s. When the music does sound somewhat decent, however, it won’t be too long before the levels call for a different track that can irritate the ears more.

What I like about the gameplay is that it plays like that of an old school first-person shooter. You move around and press the fire button, and that’s all there is to care about. There is no plot at all; it’s just you and the many blob-like enemies you’ll have to kill before you can touch the purple pole thing to move on. The levels are confined and compact, so there is no way the player could get lost. It’s like playing Faceball 2000, but only much worse because the player will die. Several times. Per level. 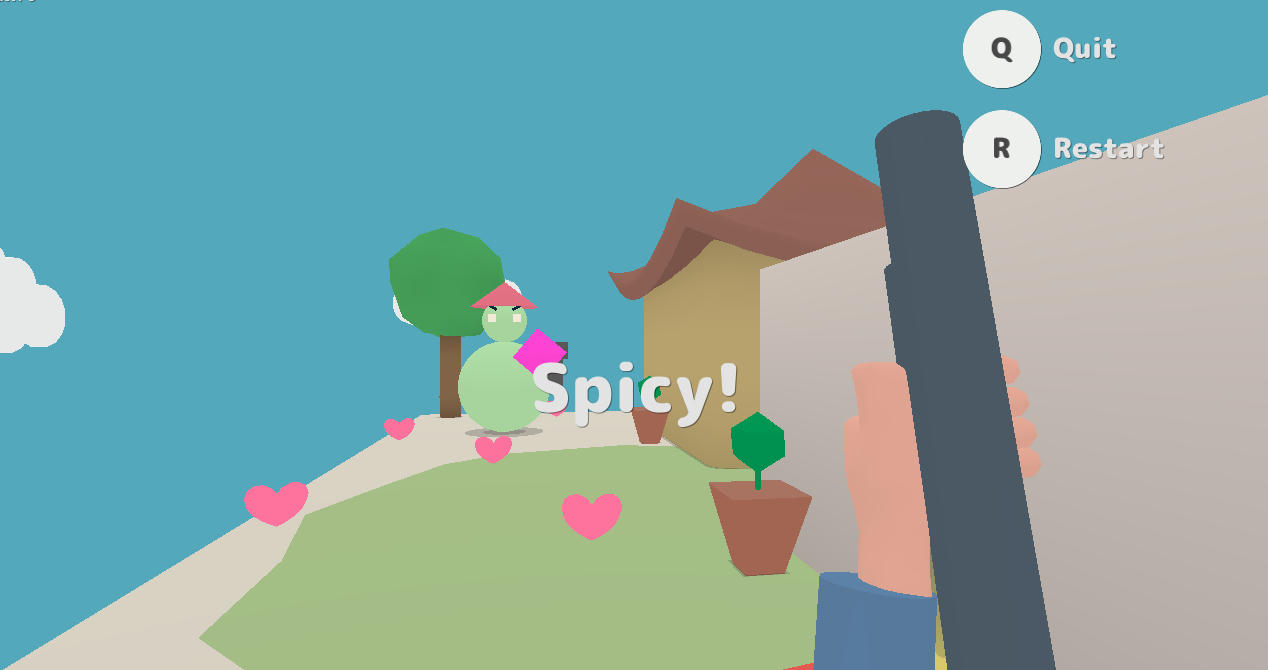 When the level design isn’t boring, it’s absolutely enraging! It feels that there are levels that are deliberately designed to force the player into one unnerving split-second decision after another! The bombs certainly seem to exist for that purpose. If a bomb is active, the player only has less than a second to shoot it or else it “explodes” forcing the player to restart the level. Not only that, but there would also be regular baddies that would shoot the player before he or she has the time to see that there’s something behind him or her! The only way to anticipate these level patterns is by repeatedly playing through the level over and over. 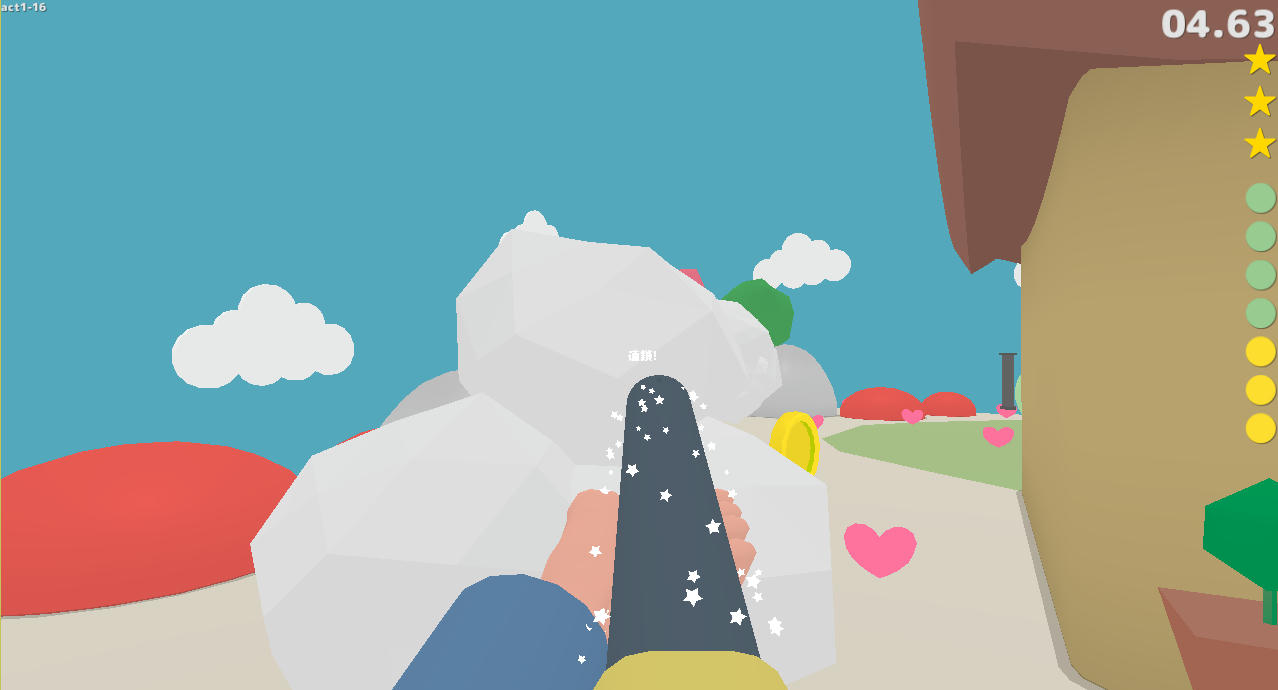 The player has no hit points, nor are there shields or power-ups of any sort. The closest there are to such things are coins that, if present in a level, are required to be collected along with having to kill every enemy!  However, the coins do not seem to matter in the grand scheme of things. Most of the trouble technically doesn’t even need to be encountered. How so? When going to the stage select menu while in a level, you’re able to select and play the farthest level in the Act (World), and go to the next Act after beating that level. The process can repeat, effectively skipping over the majority, which is great, because this game is an atrocity.

I really wouldn’t suggest this game. With plenty of other options on the market, I suggest that you spend your money on something other than this.

Microsoft Can Use Your DNA as Digital Storage