I’m a sucker for gravity-based platformers, so I felt the instant need to play this one. Funnily enough, my first review for this website is for the Xbox One release of In Between, which was a gravity-based platformer with high production values to it. That isn’t to say I was expecting this game to reach that level of quality…but I do wish it at least had as much to it in terms of its basic design. Other than that comic intro, the graphics are more on the bare side of the spectrum. Other than the cat and the saw blades in the grand majority of the levels, the worlds are completely static and are uninteresting to look at to say the least. The cat itself is pretty adorable though, and its animations do reflect on the cuteness. 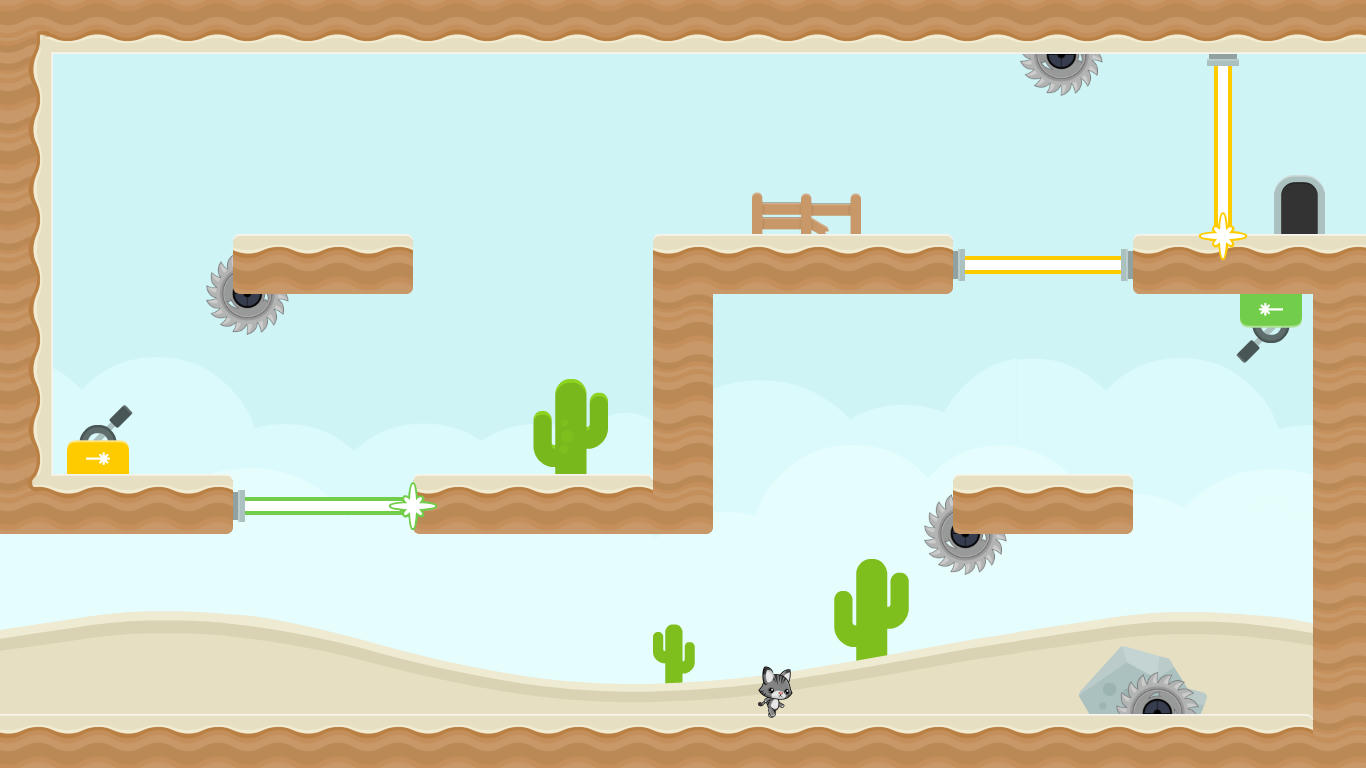 The music has that kind of public domain vibe to it, but it works. There are a number of background pieces that play throughout the duration of the game, and while they are bound to repeat, they are nevertheless pleasant to listen to. Too bad sound effects are as minimal as they could get. Other than the sound of levers clicking, there is nothing in the game that makes a sound. You don’t hear the cat jump or die, nor do you hear a victory jingle when clearing a level. It’s a shame, really. There’s always potential to be had with the platforming in gravity-based games. Titles like In Between, Gravity Duck, and even smaller portions that utilize the mechanic like in Mega Man 5 show that it’s always fun when things flip around onscreen. Gravity Cat is no exception in this regard, but unfortunately other aspects do leave a lot to be desired.

99% of the levels consist of a miniature gauntlet featuring saw blades and levers. The way the levers and blades are placed in the levels vary from actual clever designs to aggravation for the sake of aggravation. It’s mostly the former, but when the latter happens, things do feel like they’re only going through the motions instead of aiming to be fun. This is most obvious when coming across a level where you have to keep consistently doing the same thing to progress. Press this lever to go access that lever, and press that lever to be able to go over here. Run. Change gravity. Run. Change gravity. It’s times like those that make me believe there should seriously been way more obstacles to work with. 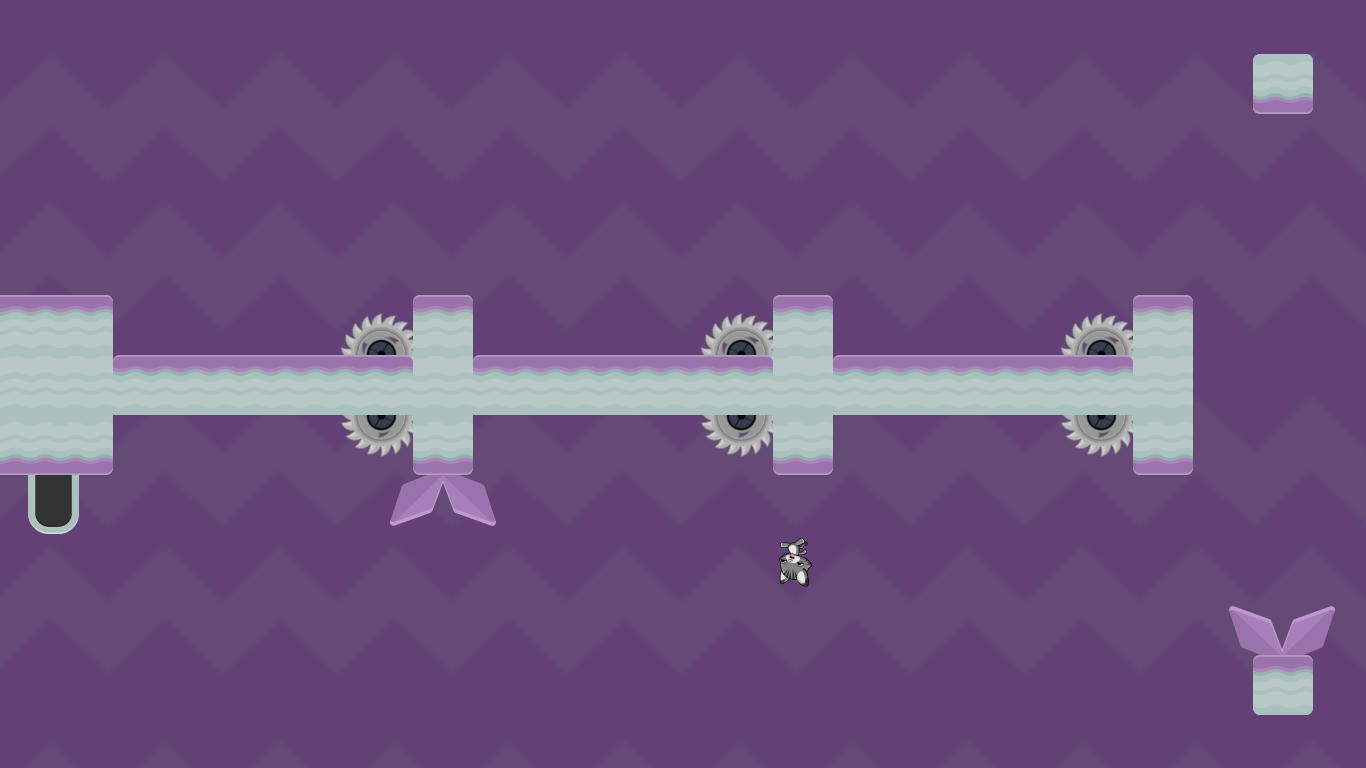 Not only that, but there are a few times where a stage hazard could be too challenging for its own good. I’m talking about the moments where you have a split-second to react or else it’s back to the beginning of the level. This game isn’t totally guilty of it, but it is there.

As harsh as many of my comments may seem on the title, though, that doesn’t really mean I hated the game. In fact, I don’t think it’s really a bad game. It’s just…okay. There were times where I had fun, but I can’t guarantee everybody will be able to get a kick out of it. It can be good for casual enjoyment, but it can nonetheless leave players craving more variety and pizzazz than it currently dishes out.

Ghostbusters 2016: Definitely The Worst Thing To Happen To Us Ever, Confirmed.