Last week I reviewed the All-New X-Men, and that book introduced me into the world of the X-Men universe. Now I’m going to review Extraordinary X-Men Volume one. This book revolves around Old Man Logan, Storm, Iceman, Illyaba,Colossus, Cerebra, Nightcrawler, and Jean Grey. Let’s dive right in.

For the sake of saving time instead of giving you lovely ladies and gentlemen a detail description of the first issue of All-New X-Men Volume 1. I will provide you with the synopsis of the volume that can be found on Amazon.com or Comixology.

With the fate of mutantkind in the balance, it’s an All-New, All-Different beginning for the X-Men! Staring down a threat to her race like nothing seen before, Storm pulls together the group she’ll need to ensure mutants’ survival — including Iceman, Jean Grey, Colossus and Magik! But can Storm and Iceman protect the last remaining mutants from a demonic attack? As a new child of the atom discovers her terrifying power, an old foe compounds the horror: Mister Sinister will bring the team face-to-face with their greatest fear. But can anyone be ready for the very first meeting of Old Man Logan and young Jean Grey? Bring all the hate and fear you want, they will fight to their last breath to survive the experience. They’re the X-Men, they’re facing down extinction, and they will be Extraordinary!

Saying this is a good book is a understatement. It’s great! It tackles real-world issues such as racism and discrimination. You don’t really see that too often in a comic book, and if you do it probably holds the story back. The X-Men must come together to keep Xavier’s dream alive: for mutants and humans to live in harmony. The plot is well coordinated and it has a rewarding ending. Jeff Lemier really crafted something extraordinary. 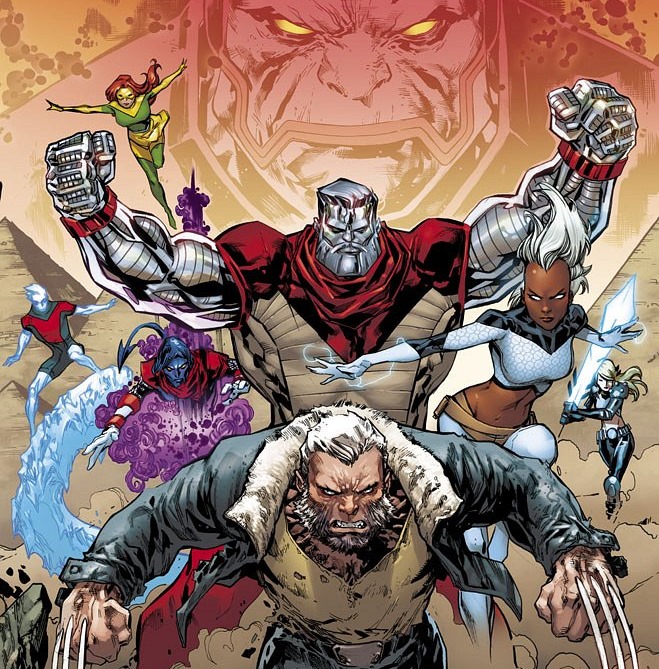 Character development is where Jeff Lemier’s writing is the strongest. He manages to make each character come to life with their own personality. The way these characters interact during battle is just awesome.

Storm – This is probably my favorite character in this book. Throughout this volume, Storm leads the X-Men to protect X-Haven and to keep the mutants safe. You still see her dealing with the loss of Xavier, and she is till trying to find her way as the leader of the X-Men. I can’t wait to read more of her. You will see her progress as a character and the leader of the X- Men.

Iceman – This dude gets the least amount of character development and that is not a bad thing.  Iceman is in this book quite a bit, as well as having several pages of dialogue.

Jean Grey – ” You was and always will be the heart of the X-Men Jean.” – Storm. While I don’t know if that’s true or not, Jean Grey has a realization in this volume. Despite being destined to die over and over, she decides to defy that and forge for own destiny. Soon after this realization, she and Wolverine reunite with the X-Men.

Colossus & Illyana – These two are brother and sister, that means that are very protective of each other. Though they hardly need each other in combat, they rush to help them. You will see that time and time again in this story arc.

Nightcrawler – This is a character that is very confusing. Over the course of five issues, Nightcrawler does nothing but cite verses from the Bible, without any explanation of why he is saying these thing. He clearly shows signs of insanity. But it’s definitely interesting, I look forward to finding out what’s wrong with him and if he can be helped.

Sinister – This guy is the big bad of the story arc. He takes mutants and starts experimenting on them. He claims that he’s doing it for them by making a new mutant that can resist the effects of terrigen mist. Unfortunately, he’s trying to be the mad scientist that creates Frankenstein. He’s a smart man but his actions are evil and dumb.

Wolverine – Growing up as a kid, I always saw the Wolverine as a powerful, angry brute that is always pissed off at something. After reading this book, I never knew how wrong I could be. Logan is someone who truly cares about the X-Men and the mutant race. Now, this is not  the young Wolverine that old fans all know and love. This Wolverine is from the future, where he was tricked into killing all of the X-Men, causing him to be scared of joining the X-Men when Storm asks for his help. Jean convinces Logan that she would be there to stop him if he ever got out of hand. 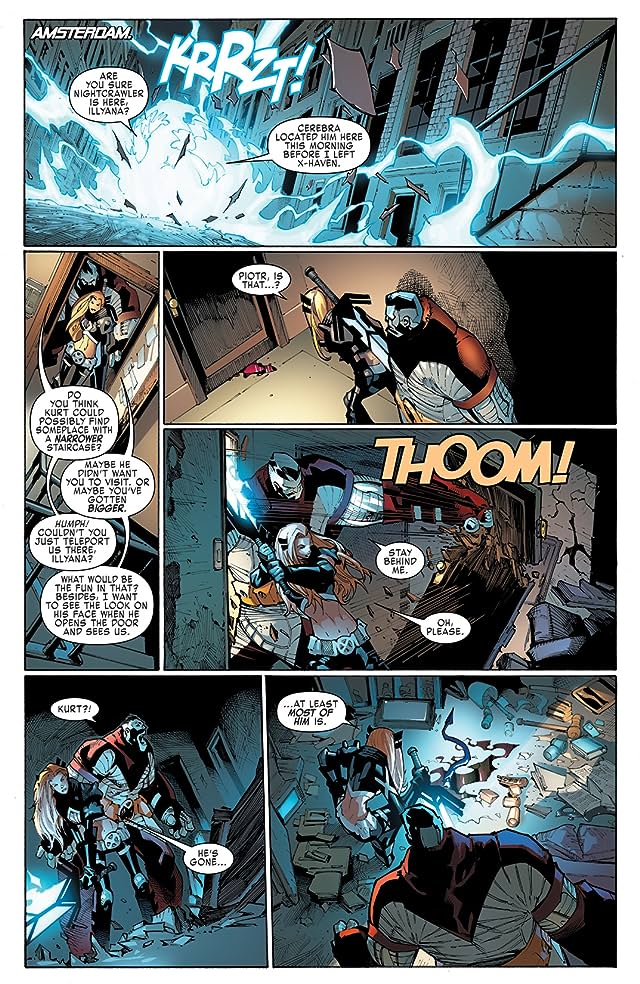 The penciler in this book is Humberto Ramos, and the colorist, Edgar Delgado. It’s Humberto’s job to draw the panel. That includes the characters, the objects, and the environment. It’s Edgar’s job to bring everything to life with colors. You can kind of see how the two go hand and hand and how both are very important to the story.  This book has great art that helps tell the story just as much as Lemier’s writing.  The characters are well drawn and detailed, facial expressions are present, and the environment is well designed.

Where can I get it?

You can get Extraordinary X-Men Volume 1: X-Haven digitally or physically on Amazon.com

If you want a digital copy be sure to merge your Amazon & Comixology accounts. After you do that, buy it using the Kindle app and then you will have it available in both places.

Crackdown 3 Was Delayed, No One Batted An Eye

What If There Could Be a SNES or N64 Classic Edition?