Pokémon Go may have been enjoying an unprecedented amount of success, but in the mid-2000’s, Nintendo was evidently a lot looser with the Pokémon IP; there were certain games created for Windows computers that carried the Pokémon name, yet were created by companies that were known for anything but games that people looked back on in satisfaction. The game I’ll be looking at here is Pokémon Team Turbo, which is easily the most despicable excuse I’ve ever seen for a game wearing a brand as popular and treasured as freaking Pokémon. 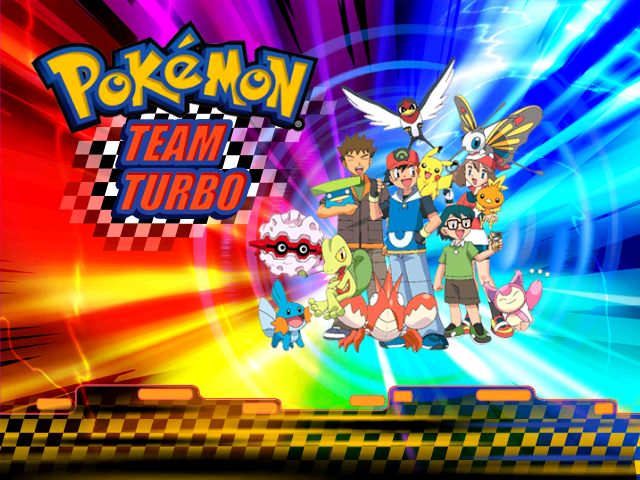 As the title screen seems to indicate, it’s likely meant to tie in and/or focus on the Pokémon anime back when it was coinciding with the Ruby and Sapphire versions. However, this game could have been under any sort of circumstance or license and it would still be complete trash. Pokémon Team Turbo is just a collection of minigames that are very clumsily put together. Well, half of it is, anyway. The other half is a racing game, which is more interesting, but all the more facepalm-worthy. I will discuss that in a moment, but for now, feast your eyes on this!

These are a few of the minigames featured in the compilation. They’re nothing but cheaply made renditions of games you could easily find elsewhere, like crossword puzzles and dominoes. None of the images have animation, the backgrounds are far past obnoxious, and the forgettable short background music plays throughout the course of the entire game. And yet…This isn’t even the main attraction to the game! These are just side games (Unless you count their uses in the “Adventure” mode)! However, would you really dare see what the actual racing is like? 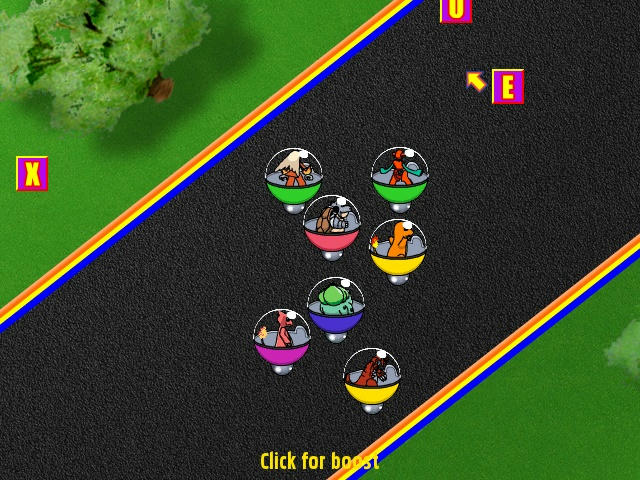 You can’t make this crap up.

Every track looks just this except for the change in “environment”. The mouse cursor is used to move your Pokémon towards it, and clicking allows for it to boost (given that you collect the an item like a letter or icon of your character). The pace is incredibly slow, yet the tracks are all very short. So why are there only five? Couldn’t they have put in a little bit more effort? Then again, just like in the minigames, animation is near non-existent (the lone exception being that the racers rotate).

Pokémon Team Turbo is simply a sad, sad game begging to capitalize on the popularity of the franchise.

Thankfully, it seem that Nintendo hasn’t been making mistakes like allowing these to exist since.