Punch Club to be Ported to Nintendo 3DS!

Home » Punch Club to be Ported to Nintendo 3DS!

Originally released on Steam earlier this year (and on mobile devices not too long ago), tinyBuild will be porting Lazy Bear Games’s indie punching sensation Punch Club to the Nintendo 3DS according to a recent post on Twitter! 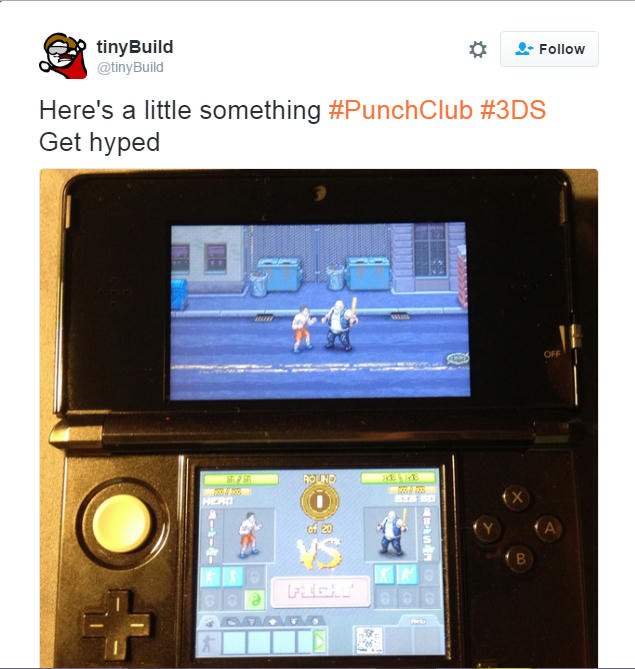 Punch Club is a retro-esque sports game where, of course, the player is a boxer that’s aiming to plow through the rankings, but is also in search of the person that killed his father. However, this game does not take itself too seriously by any means (after all, one character is a crocodile that looks all too similar to a certain 80’s crime-fighting reptile). You can watch the game’s Steam/mobile trailer for more information on the title.

There is not yet word of when the 3DS version of Punch Club will be released, but tinyBuild intends to reveal more as the port job gets closer to completion.