As we approach the much-anticipated April 20th launch of God of War, Sony has dialed the hype even higher. PlayStation Blog has confirmed there will be a limited edition God of War PS4 Pro bundle, which includes the custom console, a Leviathan Gray DS4 controller with the God of War logo and a copy of God of War.  The PS4 Pro in “Leviathan Gray” features Kratos’ axe as well as showcasing the skill tree players will be using to upgrade the weapon. The bundle retails for $399 USD or $499 CAD, preorders are available now, so get yours now before they are gone! 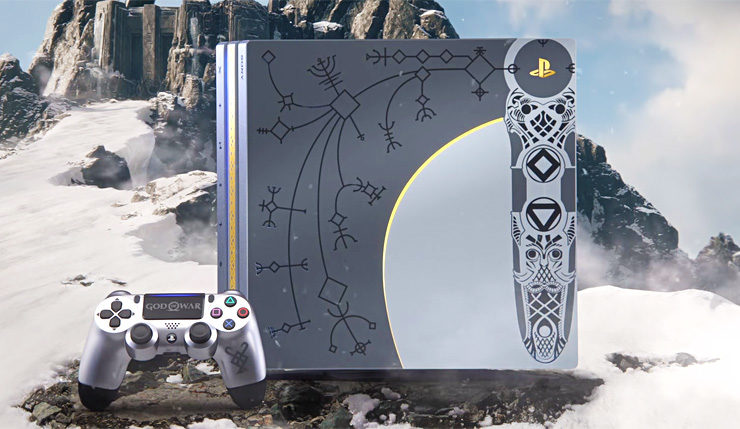 Will you be picking up the God of War PS4 Pro? Let us know in the comments!

Don’t forget to check out the latest story trailer here.

From Santa Monica Studio and creative director Cory Barlog comes a new beginning for one of gaming’s most recognizable icons. Living as a man outside the shadow of the gods, Kratos must adapt to unfamiliar lands, unexpected threats, and a second chance at being a father. Together with his son Atreus, the pair will venture into the brutal Norse wilds and fight to fulfill a deeply personal quest.

Geralt of Rivia May Appear in Soulcalibur VI

The Division 2 Was Just Announced