Leigh Alexander, a colleague of mine, has followed very dutifully in Sid Meier’s footsteps with her card game Reigns. Unlike Tinder, I can promise you it’s loads of fun and very addictive. You are a king or queen of a medieval empire; your endless supply of kings/queens are really what drives the game’s addictive quality. I should know; I have it on several different platforms and it’s money well-spent.

Like Civilization and Game of Thrones, ruling is a balancing act—tip the scale in too far a direction and your head may well wind up on the chopping block.There are four main categories you’re dealing with no matter what the version: the church, the populace, the treasury and power. It’s not all doom and gloom, however; there’s just enough humor when it’s needed. (The royal cat, by the way, behaves like a royal cat—distracted and sleeping when you need him or her.) Tactics are very much part of the game’s framework, but not to the point that a player will get headaches…unless you’re playing Reigns: Game of Thrones, the latest in the series released on October 18, 2018. From here on out, I will avoid spoilers as much as possible.

A supporting character from the book and TV series is looking at current theoretical options for the Iron Throne. You have several different options of varying genders; to some extent the gameplay is more accessible than Reigns: Her Majesty, which I found rather difficult at times. The writing team puts you right in George R.R. Martin’s world and all the fan favorites are exactly as you remember them from the book/TV series and it’s extremely addictive

I’ve enjoyed my time with the series and hopefully you will too! Reigns, Reigns: Her Majesty and Reigns: Game of Thrones are now available on mobile, PC and Switch, so do go check them out! Long may you reign! 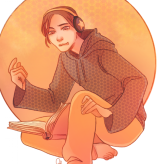 Each of Anthem's Javelin Classes Have Been Revealed