You know, I’m often reminded that it was a good idea for me to have bought a Playstation Vita. The handheld has undoubtedly abysmal first-party and AAA support, but games like these remind me that there’s always going to be a stellar time with the many indie games available. Sure, the Vita mostly piggybacks on the cross-buy feature that allows for games to be shared between it and the Playstation 4, but Spy Chameleon is one of those games that greatly benefits from being able to be played on the go. 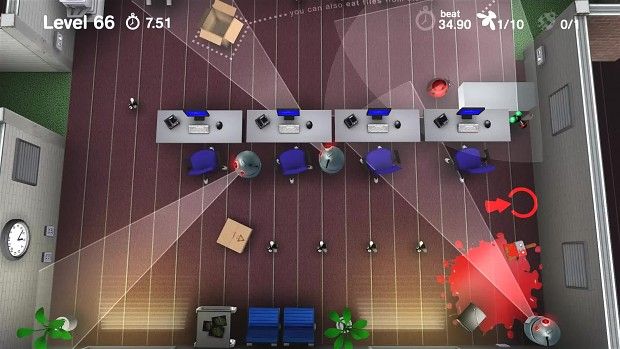 I’m not the biggest fan of the visuals in the game, but it’s understandable that there wasn’t really much to accomplish on this front to begin with. The game is viewed from a top-down angle, and what’s important is looking out for the obstacles and manipulable objects carefully placed throughout the levels. I think if I have to knock the graphics for anything, it’s that it kind of makes Spy Chameleon look like a title from the Nintendo DS. The framerate is at 30 frames-per-second, but there’s nothing in the game that would be so graphically demanding for it to be the only option for the developers to take.

Spy Chameleon‘s soundtrack is a fairly laid back composition that suits the spy theme fine. There are actually some pieces in the mixture that I do like listening to, albeit once I look past the fact that there is dubstep used at some point. 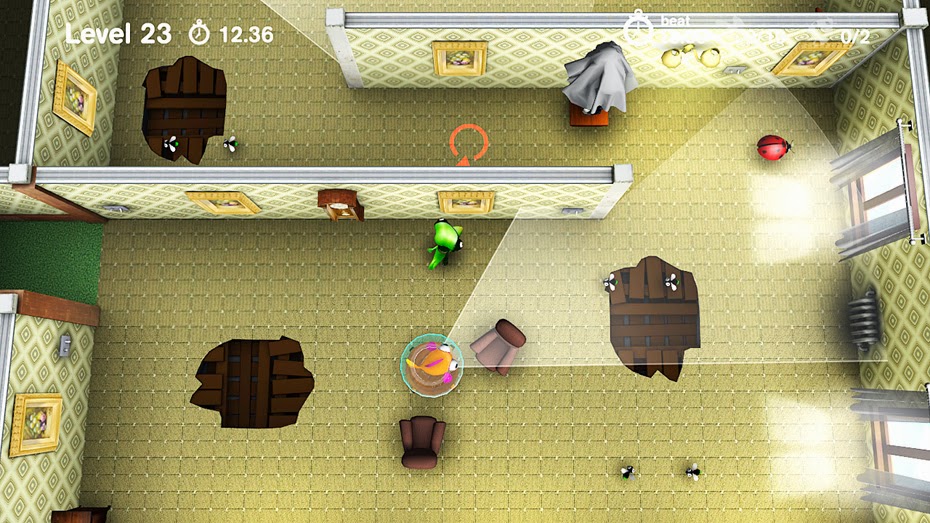 So what exactly is this game? Well, Spy Chameleon is a title where you control… a chameleon. Duh. However, the spying part takes more explanation. You don’t exactly get to do actual spying per se, as that is really more of an aesthetic thing, but there is plenty of stealth involved. As the titular acrodonta, you move around eating all the flies possible and traversing confined rooms that contain guards, cameras, and other things looking to catch you. To get out of their sight, you must complete various challenges.

The biggest part of this is utilizing the color mechanic. The chameleon can change into four different colors with the press of a button. This allows you to blend in with color-coded floor panels or paint spillages to keep from being seen. The game gradually builds on top of the simplicity of the formula though. There are enemies that shine their lights in specific patterns, computers to touch to activate paths or color panels, keys needed to unlock doors, cardboard boxes to sneak Metal Gear-style, etc. I always dig it when a game builds like this. It makes the journey consistently fun and it helps that the puzzles featured here are nicely thought out. 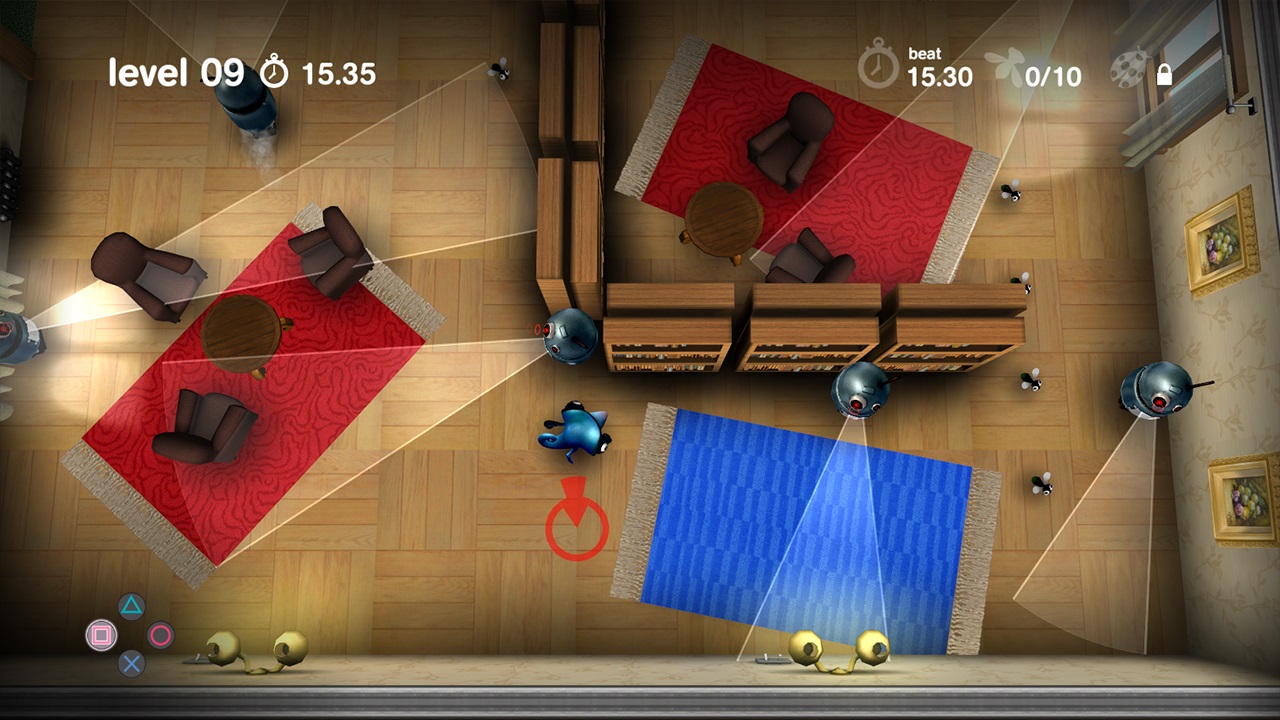 Overall, I’ve thoroughly enjoyed my time playing through. The levels have quite the variety to them, and the core mechanics work well. For a puzzle game, notably one of this caliber, that’s all one could really ask for. I recommend this game on any platform it’s available on, but especially the Vita since it’s portable.

Pac-Man: Championship Edition 2 Is Chomping Its Way to September!

What is Esports? The Future of Televised Entertainment