Welcome to a new feature we’re going to be doing on The Inner Circle. This new series of articles will focus on those single episodes of Television that came FROM OUT OF NOWHERE and have, for a variety of reasons, stayed with the public well past their sell by date.

The criteria is simple. The episode in question has to be one of the first that comes to mind when asked about the show. That’s it, so without any delay let’s talk about today’s episode and we’re starting (not for the last time) with the Brits.

Doctor Who is, for lack of a better word, legendary. For over 50 years, the adventures of The Doctor and his numerous companions have entertained, excited and scared audiences pretty consistently. It’s one of the longest running shows ever and with episodes like ‘Blink’, it’s not hard to see why.

Some backstory is required here so bear with me. Steven Moffat is the current show-runner for both Doctor Who and Sherlock, before this he was a writer for DW and penned one of the most important two part stories the show ever had (The Empty Child and Doctor Dances in 2005). This story was the first time we saw The Doctor actually succeed in everything he attempted in over 90 minutes of screen time. This was also the first appearance of Captain Jack Harkness who is awesome and I love him.

Moffat was charged of writing episodes 4 and 5 of the 2007 season. However after backing out his ‘punishment’ was writing the episode of the season where The Doctor was barely in it. This often happened on the show due to the massive time and budget constraints to varying degrees of success. It’s without question that what Moffat created in 45 minutes is one of the most perfectly crafted pieces of television both for Doctor Who and for British screens.

Oh, I should now give a spoiler warning for ‘Blink’.

SPOILER FOR AN TEN YEAR OLD TV EPISODE. Go and watch Blink before you read the rest of the article, I mean that.

Sally Sparrow is exploring an abandoned house and notices something written behind some of the wallpaper. She peels it back to reveal a message saying ‘Beware the Weeping Angel. Oh, and duck. No, really. Duck. Love from The Doctor, 1969. SALLY SPARROW DUCK NOW’. It’s not a surprise to see something fly past Sally’s head, what is surprising is what threw it as nothing seems to be outside apart from a statue. A statue of an angel with its hands over its eyes.

Sally goes the next day with her friend Kathy and finds a normal looking key in the hands of one of these statues. Someone knocks at the door and claims to be the grandson of Sallys friend who has gone missing. Turns out she was sent back to 1920 and lived a peaceful life and her grandson was entrusted to deliver a letter to this effect at this precise moment.

Kathy’s brother Larry is obsessed with a particular easter egg that has appeared on 17 unrelated DVD’s. The egg in question is a clip of a man (The Doctor) talking to someone about an Angel and warning them not to blink, or risk death. Sally goes to the police station and meets Billy, a DI assigned to disappearances around the house, it’s here where he shows her the blue telephone box (TARDIS) recovered near the house. The moment she leaves, Billy turns around to see four angel statues surrounding him and the box. The next moment he’s in 1969 being given instructions by The Doctor who we now find out is stuck there.

It’s revealed by Billy, in the present day on his deathbed, to Sally that he’s the one who put the easter egg on the DVD’s which are the only ones Sally owns.

Sally and Larry go to the house to find out what’s going on. She talks to The Doctor through the DVD where he entrusts her to send The TARDIS back to him and it’s confirmed that the statues are perfectly harmless. So long as you never look away. The Angels are ‘quantum locked’, upon being seen by any living creature they turn to stone. Then you blink, and then they touch you, then they send you back in time and feed on all the days you would have lived. ‘The only psychopaths in the universe to kill you nicely’.

The dialogue ends and an angel appears in the room intent on stopping the two. Sally and Larry make their way downstairs to the TARDIS and after activating The Doctors’ trap, they trick the Angels into looking at each other. Forcing them to remain as statues for eternity.

Later, Sally encounters The Doctor and he doesn’t recognise her. Remembering he’s a time traveller she gives him the transcript of their conversation to make sure he doesn’t get stuck in the future/past.

Blink succeeds on every level for an episode of TV. Likeable and memorable characters (Sally was played by future starlet, and sexy voice owner, Carey Mulligan), engaging narrative, cool concept and technically perfect. Let’s break it down.

Sally, of course, leads this episode with a lot done out of sight by Billy, Kathy and Larry. Michael Obiora, Lucy Gaskell and Finlay Robertson respectively. Sometimes actors are only as good as what they can work off of, I’m not saying Oscar nominated Carey Mulligan needs good people around her all the time but it absolutely helps. In the amount of screen time they have the characters of Billy Shipton and Kathy Wainwright (née Nightingale) have to be introduced, established, provide assistance and then conclude their entire reason for being without feeling like throwaway characters or easy targets for the villain. It’s a genuine achievement for this to be achieved in mere minutes, while credit obviously goes to the strength of the writing and editing it would be a crime not to acknowledge messes Obiora and Gaskell.

Finlay Robertson as Larry, weirdly enough, with less to do and more time to do it is (to me) less impactful in the main body of the episode. It’s only in the epilogue of the story where he takes a more nuanced approach to the character and his desire to be more than just colleagues with Sally. It’s a change that was obvious but easy to do wrong, or to seemed forced. 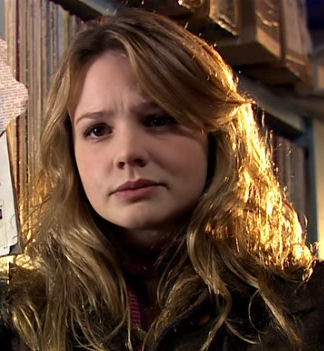 Carey Mulligan’s career before Blink was mostly on the London stages and this episode was the perfect catalyst for her to showcase to the nation her talents and screen presence. As Sally she showcases a strength and confidence that she would go on to use throughout her career. She’s also fun and can turn from frustrated, inquisitive and scared on a dime. Basically, she’s really good… and she’s got a very attractive voice.

I feel confident in saying the following words and please feel free to quote them at me for the rest of my life.

‘The Weeping Angels are the best television monsters of the 21st century’.

I mean that, I think they’re perfect. And for those who are wondering why I went for this century? Please see The Gentlemen, The Borg and The Daleks.

Anyway, Weeping Angels. I mean, where to begin? We’ve all looked at statues and thought that they’ve moved. This takes that idea and adds Scarecrows toxin in the mix to completely scare us out of our minds. Even just the first time that we see their blank eyes staring forever is enough to induce a panic attack. 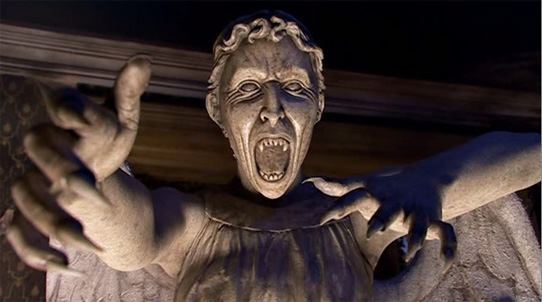 Suddenly, all that fills your vision is the sight of something that was twenty feat away covering its eyes. Now its ten inches away with fangs bared ready to get you and flanked by three equally terrifying friends. It’s the classic slasher movie technique of film making and it’s perfect, they’re not in every shadow but they could be in any shadow.

This was the lowest viewed episode of the season, which is astonishing now, but since then Blink has solidified itself into the pantheon of British television. Often cited as the pinnacle of Doctor Who it’s usually the first episode people show newcomers. Off the back of this episode Steven Moffat became what he is today. Maybe one day I’ll go into details about why he’s both amazing and utter garbage, but that is absolutely for another article.

It’s been 10 years to the day since Blink aired and in my eyes there hasn’t been a finer episode of Doctor Who ever broadcasted.

I hope you enjoyed something different and I hope to do many more of these in the future.

Check Out The New Trailer For Attack on Titan Anime

Blue Lock The Next Big Thing?