This is going to be an interesting Retro Flashback. Today I’m not glossing over any specific game, but rather a whole website. Candystand.com comes straight from my childhood and has lived up until this very year. It was home to loads of its own miniature video games playable online much like a lot of sites one would casually discover through a Google search.  So what’s so special about this one then? Well, as the title may indicate, the games were themed around candy products! What you’re seeing here is a backup of the website as it was displayed in 2003 via Wayback Machine. Back in Candystand’s prime, it was owned by Life Savers. There were plenty of games contained in the site’s categories, mainly revolving around simple games such as darts, bowling, and pinball. 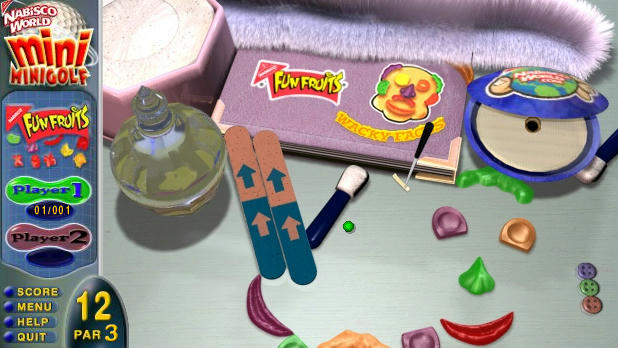 What made these games special was the obvious Life Savers theme. The Life Savers coating gave them a very distinct look unlike any of the other online Flash or Shockwave games. It’s especially fun to see games like Frogger and Lemmings be imitated in the form of a Life Savers-based game. A Life Saver Frogger  made for  a more outlandish skin for a game that was already silly. Of course, it’s a welcome sight to see other brands like Planters get in on the online gaming action here in Candystand. 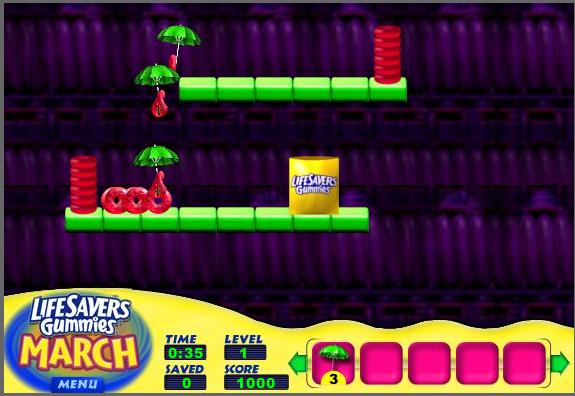 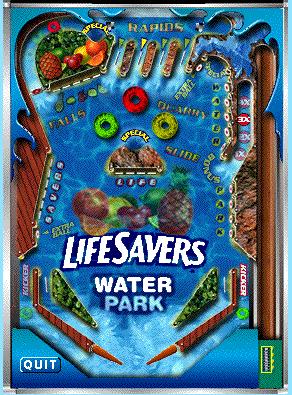 Probably my personal favorite of the bunch are the mini golf games. Throughout the years, Candystand was home to a total of four Mini Golfs. The only one that stayed throughout the website’s lifetime was Mini Golf Classic. These games were some of the more creative titles in the genre. Not to mention, they all look so darn tasty. Obviously, this classic version was themed around Life Savers.

There was also a game titled Mini Golf Open, which had a combination of Life Savers, Kellogg’s, and perhaps even more brands. Unfortunately, it was taken off of the website over a decade ago. It’s a shame too because I remembered loving it more than Mini Golf Classic. Thankfully it wasn’t the last of the Mini Golfs. There was even a game made to coincide with the promotion of the Crash Bandicoot/Spyro the Dragon games for GBA titled Crash Nitro Golf. It was one of the lesser golf installments given that it only had nine holes and featured considerably standard layouts.

While Candystand was home to those three games, it did share another Golf game with CornNuts. This was no Mini Golf game, it was a driving range game named Tee’d Off. The beauty of this game was that you could score points by aiming at anything on the screen. The freedom included the targets of umbrellas, windows, people, etc. Candystand did have a few more realistic golf games but none were at the comedic caliber this game hailed from. 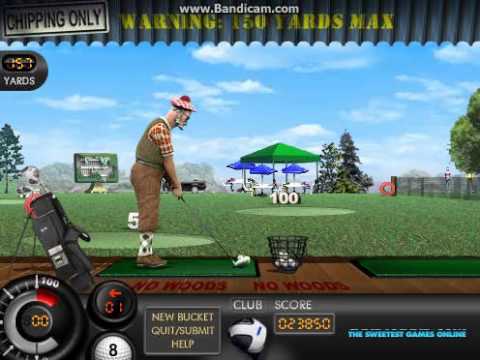 Some years later, Candystand would no longer be owned by Life Savers. Wrigley’s took ownership of the site and provided it with a selection of games whilst retaining a fraction of what was already established. They even made a Mini Golf or two. 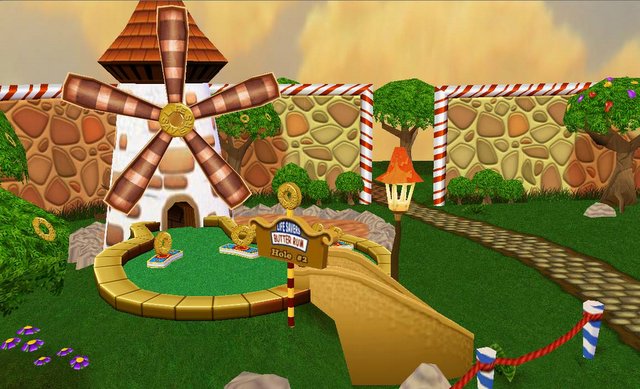 It looked pretty, but I don’t think it had the same charm as what came before it.

Wrigley’s Candystand was an admirable effort at keeping the site alive. While it did deliver some new games with candy branding, it also imported already recognizable Flash games such as Fancy Pants Adventures. For those of you who don’t know what Fancy Pants Adventures is, it’s basically a series of adventures starring a stickman wearing a pair of pants. It’s all fine and dandy but I did somewhat fear that the website might be going away from what made it special in the first place. My personal favorite game after Wrigley’s takeover was Jetpack Mission. It was a really blatant knockoff of Miniclip’s Little Rocketman game (containing the same code, game engine, similar HUD, and even the same sound effects). Unlike Little Rocketman, you were actually able to play the entirety of the game. There’s something so humorous about seeing a living piece of bubblegum using a jetpack to rescue his girlfriend from a candy cane. 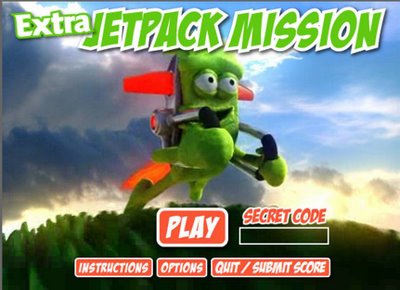 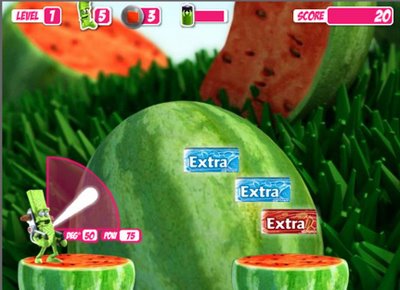 The fun didn’t last too long as Candystand got its owner changed yet again. While some of the games were still retained, the branding this time around wasn’t even candy-based. Defeating the purpose of the website’s name, it became a generic Flash game website with nothing special about it and even forgetting about Candystand’s past.

Apparently that wasn’t enough for the site to suffer through. In March 2016, Candystand was completely gone.

If you try and look up the website today, you’re greeted with this absolutely abysmal atrocity of a replacement. This is what got me to start writing this article. I found out only now. Evidently, companies don’t seem to give a crap about what they have in their archives. They haven’t witnessed the appeal of Candystand and watched it get sucked dry as the years went on. As someone that’s been a fan of the site since its prime at the hands of Life Savers, it’s a massive travesty to see these memories fade away to the point of being unplayable and inaccessible. If you can find any of the games Candystand.com hosted (notably the Mini Golfs), I strongly urge you to give them a play. Bonus points if you can find a way to preserve them.